the fish that changed the world 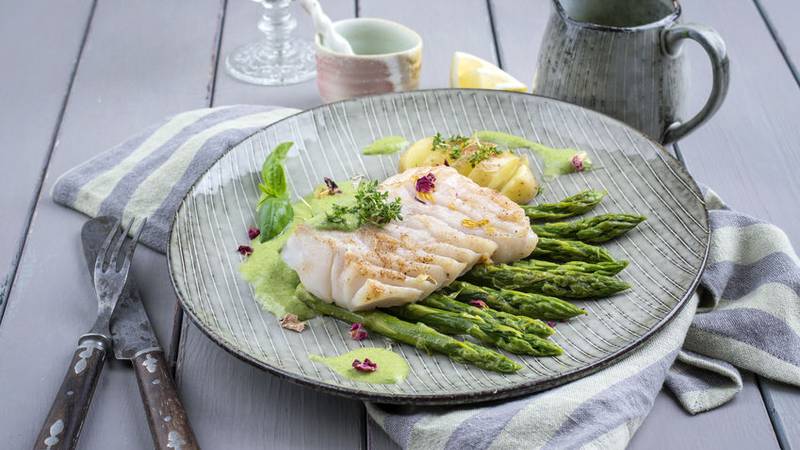 Cod with asparagus and a refreshingly crisp Rioja Blanco DOCa.

About the Sommelier: In Newfoundland, Brie Dema is known as a ‘come from away’ but in less than 2 years she placed her mark on the Newfoundland & Labrador culinary scene. Brie is Head Sommelier at the internationally acclaimed Fogo Island, where she incorporates Spanish wines into her wine as a nod to the centuries’ long relationship between the coastal Canadian island and Spain. Brie was formerly Head Sommelier at George in Toronto and a sommelier at the celebrated Langdon Hall in Ontario.

In ‘Cod: A Biography of the Fish That Changed the World’ author Mark Kurlansky chronicles the rise and fall of the almighty North American cod fished from the waters on Newfoundland’s shores. The Basque fishermen of the early sixteenth century played an integral role as the first to introduce North American cod to Europe, made possible by the salting/preserving process that they used. This method made its impact; there are no Basque, Spanish, Portuguese or Italian words that reference fresh cod, only salted (bakailaoa, bacalao, bacalhau, baccalà), and there are many dishes in these countries that reflect this traditional ingredient. The fish is soaked at length to take the salt content out, and the result is a textural firmness with a more savory rather than fishy flavour. It is mild, and a perfect canvass for Spanish accompaniments like onions, garlic, simmered tomatoes, and the dried choricero peppers specific to the Rioja region. Ingredients with such strong flavours coupled with the meatiness of the salt cod pairs wonderfully with the elegant, mature red Rioja wines; savory, fine grained tannins and layers of spice notes with ripe and dried fruit flavours make a heavenly match.

Atlantic Canada and Spain have shared fishing grounds – mostly amicably – for centuries. The bright freshness of Rioja rosado work wonderfully texturally with Atlantic cod. What could be better than sitting outside and enjoy a glass of Rioja rosado with this recipe for Cod Stuffed Peppers.

Directions: Remove salt cod from water. Place cod, celery and bay leaves in a pot. Cover with an inch of stock or water. Bring to a boil then reduce to a simmer. Cook for 3 minutes. Remove fish from pot. Discard poaching liquid. Flake fish with a fork. Roughly mash potatoes. Season with salt and pepper.  Add red onion and parsley to the mashed potato. Fold in fish. Mix to combine. Spoon fish and potato mixture into peppers. Set a cast-iron pan over medium heat. Add the olive oil.  Sear peppers until slightly charred. Sprinkle with chives to serve.

*Available in the international aisle of many grocery stores.

Your Port is Calling

Your Port is Calling

Your Port is Calling: Canadian sommeliers from coast to coast offering up unexpected pairings   Often recommendations for Port pairings are... 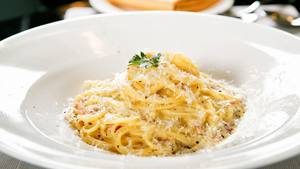 Matthew Landry is the wine director for the Stable Hospitality Group in Vancouver, Canada, as well as the General Manager of Fiore Restaurant.... 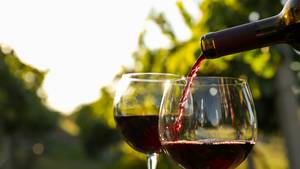 The black, red and yellow of Germany’s flag share equal standing, as they always have, but the same cannot be said of the colour palate of its... 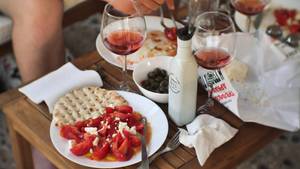 The vision of Bordeaux as exclusively a white linen restaurant wine has passed. A new generation of sommeliers are opening up the door for Bordeaux to...